Are you considering using marijuana as a form of medication and unsure of what you should use ? If this is the case, it can be hard to choose the correct strain that will fit your needs the best. You’re probably asking yourself that question ‘which strain of marijuana will best serve my needs ?’ There are two main parts to the marijuana plant. These are what are known as tetrahydrocannabinol (THC) and cannabidiol (CBD). Each of these have different effects on the individual. From what you hear in the media, it is said that the high CBD marijuana strains assist better with medical conditions than THC. This is not always the case since there have been reports of many positive effects of the THC. There are also some strains high in CBD meant specifically for medical use. One of these strains which is good for recreational but some medical purpose’s as well is called Purple Punch. Here we’ll cover where it comes from, how it’s used, the effects, and what it can be used for. Ready to learn more ? Let’s get started.

The strain has a higher level of THC (20%) when compared to the level of CBD (1%) making it a strain that is good for recreational purpose’s. Even though the CBD levels in this strain are lower when compared to the THC, the CBD still has some effects as well. The strain is a hybrid between the strains of Granddaddy Purple, and Larry OG. Putting these two strains together, helps bring out the best in each concerning the effects that this strain has. The actual breeders of this strain are unknown, but there are probably many grateful individuals for this strain being grown due to both the uses of the strain, along with the effects that is has. Different strains of marijuana can be used for different purpose’s whether it is medical or recreational. So what are some good uses for this strain ?

Since this strain is higher in THC as opposed to CBD, it is probably used for more recreational purpose’s, but the CBD effects that are seen when this strain is used can have their place in medical use for some conditions as well. The Purple Punch strain is effective in helping conditions such as: depression, anxiety, PTSD, ADHD, headaches, cramps, bipolar, fibromyaliga, as well as insomnia. The strain may also help with epilepsy or seizures as well, but this would probably depend on the individuals’ response to the strain. Since mental and emotional stress may be a trigger for many individuals’ with some conditions mentioned such as anxiety or depression, the level of relaxation and uplift that this strain brings could explain why it is of such assistance. For the individual with seizures, whether it is actually epileptic and of a chemical imbalance, or what is known as a non epileptic event, the relaxation felt and stress relief could be of assistance for either condition. More research should be done to scientifically show how this exactly works, since these effects are based only on testimony of individuals’ which have experience in using the strain. The levels of THC and CBD in different strains will determine the level of effects that are seen, with the specific strains. So what are some effects that this strain has ?

When using this strain, it is good for its effects that come from the levels of THC that it has. One thing that anyone using this strain should be aware of is the fact that the effects are known to occur at a very fast rate. Many have compared it to being hit by a mac truck. It is a very rare form of indica hybrid, and the feeling that you get when using this strain is a high, followed by a sense of euphoria and happiness. When you initially begin to use this strain, a sense of high mentally is experienced, making you feel as if you are lifted into the clouds. This will continue while at the same time the body will go into a deep relaxation leading to a sedative like state. You should expect to feel mellow and relaxed as well as have a very intense calming effect. Due to both the mental high along with the deep sense of relaxation physically that follows, this strain is said to be balanced between these two effects. Although it is said to be balanced, the effects concerning the relaxation are intense enough to put you in a couch lock effect, requiring you to be still until the effects wear off. With this strain, it has even been reported that the relaxation felt is so strong that you may want to be next to a couch or bed to lay down since you will be out of it fairly quickly. This is why it is great for anyone that struggles with insomnia, or different types of stresses whether it is physical or mental. These effects are positive both recreational and medically, but some negative side effects that have been reported include things such as dry mouth and eyes, dizziness, as well as laziness. These effects are different for different individuals, so who would benefit the most from using this strain ?

As previously mentioned, this strain has a higher level of THC when compared to the CBD, bringing with it a very intense level of high, followed by a very deep feeling of relaxation. The amount of THC in this strain is considered to be on the moderate to higher side when compared to other strains. Because of the intensity of the high and relaxation that is experienced, it is better to be used by those with more experience. Although anyone new to using marijuana could use this strain, it is probably not recommended due to both the rate and intensity of the effects that are felt. With the effects acting quickly, it would be best to consume only a small amount at a time, even though a higher quantity may not effect the experienced individual as much. Also, anyone that thinks they may benefit in treating any of the previous conditions mentioned such as ADHD, PTSD, bipolar, fibromyaliga, or general stress could try this strain as well.

Since this strain can bring with it an intense increase in your level of relaxation, along with a moderate high, it is a great strain to use either during the day when you are at home and need to relax, at night after a stressful day or just before laying down to go to sleep. For the inexperienced, you should start by using it only while at home until you know specifically how it’s going to effect you. With the increase in relaxation that the strain brings, it may also be good when you’re at an event where you can chill and are in a calm environment, especially due to the couch lock effect that it has. These are only some of different situations in which this strain would be good to use. There are numerous ways that any strain of marijuana can be used, so what is the best way to use this strain ?

There are many forms of CBD and THC which come from the marijuana plant. This includes: smoking, vaping, capsules, and oils. The best way to get the total effect of either the CBD or THC of the plant is to use it in its original form through smoking or vaping. Although the capsules as oils may be effective, this is not the same as when smoking or vaping. When using this strain, you should expect to experience a very grape, blueberry, and vanilla aroma and taste. This may be partially how the strain got its name since the aroma can be so strong that it feels like a punch to the face. Most of the time, you’ll probably purchase the product from a grower, but if you choose to use marijuana in the form of buds for smoking and you know you’ll be using it for a while, you may want to consider growing it yourself since it may be less expensive in the long run.

For anyone just beginning to grow their own strains of marijuana, this strain is more suited for the individual with an intermediate to high level of experience in this, but here are a few factors that may help if you are inexperienced. As is with any strain, this strain can be grown either indoors or outside, and growing it indoors does not limit you to when it can be grown. In order to do this, you’ll need some equipment in order to get the most out of the plants.   While growing the strain outdoors, it takes about 8-10 weeks to grow, with the harvest being in early October. One growing technique that is used and has been shown to be effective with any strain is known as scrogging which stands for screen of green. This is where a screen canopy is used above the strain being grown in order to train the plant. It helps increase the stability of the strain and allows the lighting to be more effective, giving you the best results for the fewest plants. Other things you want to consider when growing indoors is the level of humidity, with most strains doing well anywhere from 70-80 %. The nutritional content of the soil in which it is grown should also be looked at in order to get the greatest yield of product. This strain of seeds is very popular and are not hard to find, but depending on the laws in your area, obtaining the seeds may have to be done through other options.

The ratios of THC to CBD for the Purple Punch strain of marijuana is higher in THC (20%) than it is in CBD (1%) but it can be used for both medical and recreational purpose’s. Medically it helps with things such as depression, anxiety, stress, PTSD, ADHD, acute and chronic pain, fibromyaliga, and possibly seizures. The strain also has been shown to have a very intense and fast acting effect concerning one’s level of focus and creativity, followed by a deep level of relaxation. This makes it great for using during the day when you have nothing to do, or in the evening after a stressful day. The intensity of the relaxation felt is good for use by anyone suffering from insomnia as well. The strain can also be used by either the beginner or experienced individual, but because of the level of intensity, it is more suitable for the experienced user. Anyone experienced in using this strain that would to comment can do so below, and if you have any questions feel free to ask. 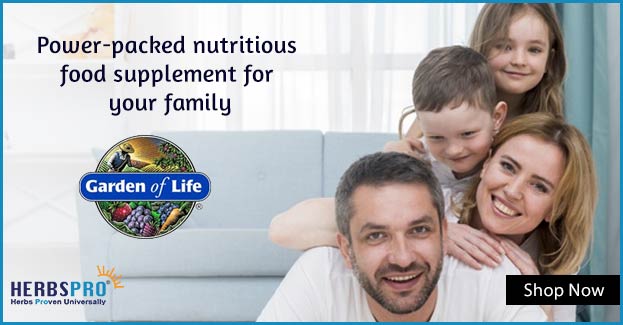