Seizures have been a medical condition since the beginning of time. At one point there was no treatment for the condition. Although the main cause for a seizure is chemical in nature, many times other factors play a role as well. One possible cause is mental or emotional stresses. Psychological stress and seizures have been known to be related to each other. Here we go over possible causes behind them, as well as therapies or treatments used.

Many times before current treatments were available, seizures were treated spiritually. This is because they were associated with being possessed by demons. Although many people do not believe in spiritual healing, it occurred many times prior to other treatments. When advanced treatments came concerning natural and chemical treatments, the severity of the condition decreased. Many that have epilepsy and seizures do not like discussing it. Avoiding it may only make things worse. Admitting the truth about the situation and using tools such as support group will help decrease stresses you may have. Most people are unaware that many well-known people throughout history had epilepsy. This included Michael Angelo, president Theadore Roosevelt, Harriet Tubman, and Leonardo Da Vinci. Realizing this should encourage you and help you in assisting others with the condition.

There are numerous types of seizures. Most people see a seizure as being what is called a tonic clinic seizure. This is where the person is totally unconscious and has uncontrollable movements. There are other less severe types of seizures as well. Some seizures are so small that you may not even realize they are happening. This includes an absence seizure. This is where someone may have a blank stare as if the person were in deep thought. Because they are less intense they are harder to notice. If you would like to learn more about different types of seizures, here are some videos. These are common seizures brought on by biological and chemical changes. Many times though other factors are involved at triggering seizures. These seizures are considered to be non epileptic in nature.

Although the main cause of epilepsy and seizures is a neurological imbalance in the brain, many times stress can also be a trigger. This usually comes in the form mental or emotional stress. The stresses can come from numerous sources. Any type of mental or emotional stress that may trigger a seizure. This includes anxiety, depression, previously life experiences, age, gender, and other factors as well. It is suggested that if any type of emotional or mental stress be triggers that different types of counseling may be helpful.

Other factors that could play a role in the occurrence of non epileptic seizures could include things such as environmental stress, life changing events, age, and even gender (1). The way in which one may deal with psychological stress and seizures and the causes behind it may be different as well. It has actually been shown that men and women deal with the condition differently. Men usually use a dissociation or avoidance, while for women the cause may be some form of previous trauma such as possible sexual situations. (2,3). Some side effects of non epileptic seizures, or general epileptic seizures include anxiety, depression, a lack of self-worth, or other mental conditions. It has even been shown for those with epilepsy to be up to five times more likely to commit suicide as a result of the mental conditions mentioned which were side effects of having epilepsy (7).

Your age is also a factor concerning a non epileptic seizure. In one study, non epileptic seizures in children were caused by emotional stress from previous trauma. Children are usually first diagnosed by a medical doctor, and then are referred to a psychologist or counselor. Also, different causes require different individualized treatments since the cases were non epileptic.(4) Most children are able to return to normal function when these emotional or mental issues are solved so it is thought that the seizure is a side effect from a deeper cause of emotional stress (5).

Environmental stress can also be a factor in triggering seizures. One study took place for a period of two years in new york city. This study looked at markers of stress and its effect on the seizures re occurring. One group had been newly diagnosed with epilepsy. The other group had non provoked seizures.

Factors such as environmental stress, life events, and clinical records were used as a baseline. Results showed the recurrence of a seizure happening in thirty-nine percent of the those with non provoked seizures. It re occurred in sixty-nine percent of those with newly diagnosed epilepsy. Factors that played a part in these seizures re occurring are thought to be from things such as mood disorders, anxiety, and life experiences.(6) This means that through using a therapy to assist in psychological stress may help decrease the frequency of the seizures.(8) This could be in the form of psychotherapy, or mindfulness. These may be possible ways to deal with seizures that are non epileptic in nature. 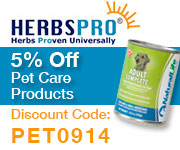 If you are currently experiencing mental or emotional stresses and having seizures, they may be connected. This includes those that currently have epilepsy, or if you have never been diagnosed with the condition. If you think that any stresses such as those mentioned could be a possible factor in triggering your seizures, talk to your doctor. There may be other forms of treatment that may help added to your current treatment.