There are numerous medical conditions that involve the nervous system. These include things such as parkinsons disease, multiple sclerosis, down syndrome, autism, epilepsy, and others. Out of all the neurological medical conditions, epilepsy is the most common effecting 50 million people worldwide, of which 30% are not controlled by any medical treatment. This is where research concerning different forms of treatment comes in. Current research shows there being numerous targets that may be used to control seizures. These other areas concerning the treatment of epilepsy are not fully understood, Here we will look at the target of enzymes and epilepsy treatment, as well as it’s relationship with cannabis (1) and how it could affect different factors involved in seizures.

An enzyme is a naturally occurring substance within the body. They are proteins which function as catalyst to help in accelerating numerous biological processes. A main function and example is their role in the numerous metabolic pathways that the body uses when converting food to energy. The system as a whole relies on enzymes to carry out each individual step involved in the process of energy conversion. The enzymes can be controlled by what are known as enzyme inhibitors, decreasing their activity, or activators which increase their level of activity. They are known to take place in over five thousand bio chemical reactions and occur within numerous systems in the body. Certain enzymes within the body are thought to possibly regulate some reactions within the central nervous system and are being looked at as targets in controlling seizures (3,4,6). So how exactly does this process work ?

Relationship between enzymes and occurrence of seizures

The condition of epilepsy or seizures concerns the irregular communication between neurons or neurotransmitters within the brain. This concerns the frequency of firing of neurons. The firing between the neurons occur in what are called synapses and have to do with positive and negative charges. This occurs through either what are known as axons or dendrites in the neuron. Axons are responsible for the exiting of a charge outside the neuron from within, while dendrites control a charge entering the neuron. There are a number of different enzymes that are being looked at and how the inhibition of them may assist in decreasing seizure frequency. In many cases, it is being taken a step further and the possibility of decreasing the chances of the individual even developing epilepsy, what is known as epileptogenesis. (2,4,7). This is where looking at the inhibition of specific enzymes could look promising as a potential form of therapy or treatment for epilepsy.

There are numerous enzymes that exist. With this comes different factors that should be looked at concerning its possible effectiveness for epilepsy treatment. The majority of general medications are in the form of pills, but for some conditions, other forms of treatment can be used. This includes things such as asthma where an inhaler is used, diabetes where an injection of insulin may be needed, as well as epilepsy where a scanning device can be used to decrease or prevent a possible seizure from occurring. The majority of individuals with epilepsy are treated with anti epileptic drugs, many of which are also used in the treatment of cancer symptoms (2). When looking at using the cannabinoid of CBD in marijuana for treatment for epilepsy, there are specific cannabinoids that have been looked at concerning their effects on specific enzymes and the occurrence of seizures (9,10,11). When more research has been done, it may be possible to come up with a new drug that is specifically meant to be used for the condition of epilepsy, (5) making it much more effective in treatment.

In many cases, specific enzymes may play a key role in the occurrence of seizures, and being able to inhibit the actions of these enzymes may decrease the chances of seizures occurring (3,4,6) In some cases, stress is thought to be a possible trigger for the development of epilepsy for the unborn individual. It has been shown in this case for some natural substances such as vitamins to assist in decreasing the level of specific enzymes and the amount of oxidative stress. This is thought to decrease the chances of susceptibility to develop seizures. (8). In many cases it has been shown for the inhibition of one specific enzyme to decrease the frequency of seizures if not prevent them from occurring (4,8,10,11). The use of cannabis and the effects that it has on these enzymes have been looked at, and it has been shown that the activity of the enzyme may actually have to do with the development of epilepsy (4). When looking at this area, there are many enzymes that have not been explored, leaving more research to be done. This research seems promising concerning new forms of therapy and treatments for epilepsy and other conditions but many other things should be looked at to get a total understanding of how it works. 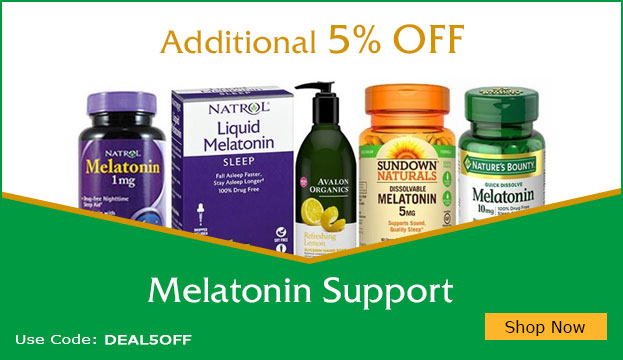 Cannabinoids are a part of the cannabis plant and interact in some ways with enzymes. In some cases, it has been shown for there to be a decrease in degeneration of neurons due to the effects of cannabinoids on a specific enzyme. Through neuro-protection and decreasing the levels of this enzyme it has been shown to be beneficial for treatment of numerous conditions. (9). The inhibition of this substance has also been shown to decrease and limit the amount of neuronal loss that is seen, so it may play a vital role in neuronal cell death. (10). There are even specific parts of cannabinoids which play a role in protecting the cells. One of which has the effect on protecting any excititory damage from occurring as would during a seizure. (11). With the activity of specific enzymes having been shown to possibly play a role in the occurrence of seizures, cannabis effects on these may assist in any decrease in the frequency or intensity of seizures seen.

There are numerous targets that have been looked at when considering new treatments for epilepsy and seizures since many medications have no effect on patients. There is still much research that needs to be done concerning these targets. Enzymes are just one of these targets Using this as a form of treatment would have to do with the inhibition of specific enzymes and their effects on seizure occurrence. In some cases, decreasing the chances of developing epilepsy has even been looked at. From the research that has been done, the target of enzymes being a trigger for seizures, along with the effects of cannabis is just one factor which supports cannabis being used to treat epilepsy and seizures.