There are numerous habits that people have that are unhealthy and can lead to negative side effects such as cancer and ultimately death. These include things such as alcohol and tobacco consumption along with many other things. Although it is known that these products affect adults after continuous use, it may still not totally be understood how the use of such substances may affect the individual that is younger and still have a brain that is developing. Here we will look at the effects of nicotine on the brain in one whose brain is stilll in the developmental process.

Anyone who smokes knows that it is for the calming and relaxing affect that it gives. This comes from the nicotine which is in the tobacco. It has been known for quite some time that tobacco has numerous carcinogens chemicals in it which can and do cause cancer if it is used continuously for an extended period. Can the effects of nicotine on the brain affect you mentally though if you are still young and developing ?

How does the brain develop ?

Different individuals develop at different rates. Many times there may be psychological or physiological conditions which could slow the development of the brain, causing developmental delays. The effects of nicotine on the brain affect both the brains’ neurotransmitters, and your hormones. It is the hormone dopamine that gives you a feel good and pleasurable feeling. When the brain releases dopamine it triggers what is known as an award center. After one has been on nicotine for an extended period, the amount of nicotine needed to get the same mental award will increase. This is due to a increase in the number of receptors, thus requiring a higher volume of nicotine to get the same result for the release of dopamine. This is only one of the effects of nicotine on the brain.

Hypothalamus: Involuntary acts such as sleep, hormone release, and eating and drinking

These are only some of the many parts of the brain and the use for each area of the brain. Since your brain continues to develop into your twenties, it makes sense that the effects of nicotine on the brain may be negative concerning specific areas of the brain.

What makes someone start using tobacco ?

There could be many reasons for someone wants to try tobacco. These could be anything from using it for a decrease in the level of stress, to even psychological reasons. Many times the younger population may begin experimenting with either tobacco or alcohol for the reason of wants to fit into a group of people, or to make new friends. Although this is a way to make new acquaintances and friends, it isn’t the only way. Because the effects of nicotine on the brain and other body parts are not good for your health, it could also lead to poor choices later in life.

Effects of early use 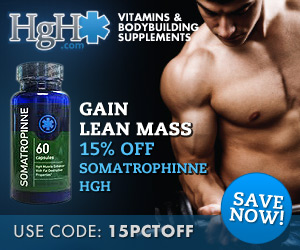 Both alcohol and tobacco are substances that are used by individuals for different reasons. For the older adult population, these reasons are usually much different when compared to the younger population. For the younger population which is still developing both physiologically and psychologically through adolecence, the use of alcohol and tobacco affect both the physical and psychological aspects of life. From extensive use of tobacco or alcohol comes dependence. It is then due to this dependence on alcohol or tobacco that other mental and psychological behaviors may stem from. Because of these negative effects of nicotine on the brain, as well as alcohol the younger adolescent population may be effected more when compared to the adult population. This may be due to both psychological and physiological development of the brain still occuring. It is therefore advisable not to use either alcohol or tobacco at a young age unless you want to have possible negative side effects which may not be able to be changed.