Depression is a mental condition in which an individual has been effected from a previous situation that they have faced, or because of a chemical imbalance within the brain which puts them in a state of lowliness. When most people think of depression, they probably think of what is called situational depression. This type of depression comes from possible previous experiences that an individual may have faced, having a negative effect their state of mind. It is when the individual is not able to let this situation go that it turns into a chronic condition. Many times, an individual may be advised to start out treatment just by going to a counselor in order to talk and discuss the situation. A psychologist would also be effective in this situation. Some may even say that depression is not only a mental condition, but a spiritual and emotional condition as well. If the condition is acute or short term, then each individual will deal with the situation differently, whereas if it is chronic, this may involve actual psychiatric treatment with medications to assist in the matter. Here is where it may help to know the effects of marijuana on depression and other conditions.

Depression can be caused by different things. Many times people involved in a traumatic event such as a death in the family due to a wreck or other situation may trigger depression. Even situations such as a relationship that does not last could cause depression if it is not dealt with correctly. These are only two examples of many situations that a person may face which may trigger depression. Depression is also many times part of what is called PTSD or post-traumatic stress disorder. This may be due to very tragic events such as war or a very large scale event that involved a lot of people. This is considered to be what is termed situational depression and is usually dealt with through the use of medications. If you are considering using natural substances, here is where to know the effects of marijuana on depression and other mental conditions would help. 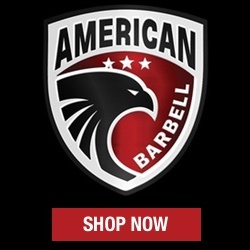 There has been numerous research on the effects of depression on ones’ brain activity and the best possible way to treat it through medications. Although there are numerous medications that have been shown to work at treating depression, you may want to consider possible natural substances that may be of assistance. The effects of marijuana on depression could be promising and be used for this in the future. The marijuana plant has two different strains to it. One is CBD which has been shown to help with some medical conditions, while the other is THC. The THC within the marijuana is the part that gives a person that uses it a sense of “high” and relaxation, while the CBD has no affect concerning this.

The use of marijuana for any medical condition is still in its infancy concerning research. The effects of marijuana on depression or many other medical conditions is not well-known. The subjects tested should also be considered whether they have used marijuana previously. If you are looking at someone that has previously used marijuana as a recreational substance, their reaction to any treatment with the drug will probably be much different from someone that has never used it before. The use of marijuana chronically may even bring on psycho social disorders when compared to non-users. (7) Depression, just like any other medical condition is always looking for alternate treatments for the condition, or ones that are more effective than those that are currently being used. Since ones’ body becomes used to the drugs that they take biologically, in many cases, you may adapt to the drug where other treatments may have to be looked at. This is where using a natural substance such as marijuana may be considered. Knowing the effects of marijuana on depression and other mental conditions will assist in knowing whether it is a safe and effective option.

Suicidal thoughts or attempts at suicide are both side effects of major depression, and since the use of marijuana helps one “feel good” it may be thought that the effects of marijuana on depression may be positive and decrease the attempts at suicide seen. In some cases depending on the people looked at, the use of marijuana has shown to actually increase the chances of someone committing suicide when compared to those that did not use marijuana (4). In other cases, it has been shown to have no effect attempted suicides. In one study, a number of psychiatric patients were looked at. Many had previously attempted suicide. The results showed marijuana as having no effect the number of suicidal attempts that were seen (1). Other factors may also play a role concerning the effects of marijuana on depression and other conditions. This includes previous usage, age, as well as the intensity or urgency which may come from specific problems one may be having. (3).

In another study, over the span of twenty-six years, fourteen thousand adolescent psychiatric patients were looked at and the effects between the use of marijuana, or the use of tobacco on the amount of psychotic experiences that the subjects had. These were also compared to a group of non-users. The results showed that when compared to non-users, early cigarette use only, or early cannibis use only, as well as late cannabis use were associated with an increase in the number of psychotic experiences seen. Using cigarette later in life had no effect the frequency of psychotic episodes. This makes sense because the brain is still developing during adolescence. This shows cannabis as having a negative effect psychiatric issues, actually increasing the frequency of psychiatric episodes. (6)

In conclusion, there are numerous factors that can affect the way in which marijuana may affect the body both physically and psychologically. This may include any possible previous use of marijuana versus someone who has never used it, as well as age, previous experiences, as well as specific situations one may be in. Overall though, the research on the effects of marijuana on depression and other mental and psychological issues is still in its early stages. More research should be done in order to find out the true effects that it has on these and other mental conditions.