Are you considering using marijuana as a form of medication and unsure of what you should use ? If this is the case, it can be hard to choose the correct strain that will fit your needs the best. You’re probably asking yourself that question ‘which strain of marijuana will best serve my needs ?’ There are two main parts to the marijuana plant. These are what are known as tetrahydrocannabinol (THC) and cannabidiol (CBD). Each of these have different effects on the individual. From what you hear in the media, it is said that the high CBD marijuana strains assist better with medical conditions than THC. This is not always the case since there have been reports of many positive effects of the THC. There are also some strains high in CBD meant specifically for medical use. One of these strains which is good for recreational but some medical purpose’s as well is called Cherry Pie. Here we will go over where it comes from, how its used, the effects, and what it can be used for. Ready to learn more ? Let’s get started.

This strain has a higher level of THC (24%) when compared to the level of CBD (1%) making it a strain that is good for recreational purpose’s. Since the CBD levels in this strain are lower when compared to the THC, it is probably known more for being used for recreational purposes, but the CBD still has some effects and the THC helps with certain conditions as well. The levels of indica and sativa have also been shown to be as high as 80 and 20 percent respectively as well, but this may have to do with the environment in which it is grown. This strain is a hybrid between two higher THC strains as well ( Granddaddy Purple & Durban Poison), giving the effects of both of these strains. Putting these two strains together, helps bring out the best in each concerning the effects that this strain has. The actual breeder and grower of this strain is unknown, but the strain is available for use. Different strains of marijuana can be used for different purpose’s whether it is medical or recreational. So what are some good uses for this strain ?

Since this strain is higher in THC as opposed to CBD, it is probably used for more recreational purpose’s, but these effects from the THC have been shown to be good to use for multiple medical purposes as well. The Cherry Pie strain is also known by many as cherry kush. It is used for conditions such as headaches, chronic aches and pains, anxiety, depression, ADHD, bipolar, PTSD, as well as insomnia. This strain may also help with epilepsy or seizures as well, but this would probably depend on the individuals’ response to the strain. Since stress is a trigger for many individuals’ with some conditions mentioned such as anxiety, depression, and many time seizures, the level of relaxation and uplift that this strain brings could explain why it is of such assistance. For the individual with seizures, whether it is actually epileptic and of a chemical imbalance, or what is known as a non epileptic event, the relaxation felt and stress relief could be of assistance for either condition. More research should be done to scientifically show how this exactly works, since these effects are based only on testimony of individuals’ which have experience in using the strain. The levels of THC and CBD in different strains will determine the level of effects that are seen, with the specific strains. So what are some effects that this strain has ?

When using this strain, it is good for its effects that come from the levels of THC that it has. The rate at which these effects take place is at a much slower rate when compared to other strains which can have an immediate effect. To begin with, these effects include a state of “high” feeling, along with a change in perception of things. This has with it a different sense of both visual and auditory surroundings, with a slow but progressive sense of relaxation. Euphoria is also felt, bringing with it a sense of deep heavy breathing. The state of relaxation which you are put in allows for an increase in positive mood such as happiness and euphoria, allowing you to let go of any negative thoughts or tensions that you may be struggling with. Both the high and relaxation are felt together, allowing for an increase in creativity and activity. Once a higher level of relaxation is reached though, the high that was felt has leveled off. The nice thing about this strain though is that you shouldn’t have to be concerned with it have so intense of an effect with relaxation that you end up in a state of “couch lock” which requires sitting or laying somewhere until the effects wear off. This is probably because one of the effects is also an increase in focus, allowing you to be creative and take on different tasks. You should also be aware that this or any other strain can and does have a different level of effects on each individual. The main reason for this probably has to do with ones’ level of experience in smoking different marijuana strains. So who would benefit the most from using this strain ?

As previously mentioned, this strain has a higher level of THC when compared to the CBD, bringing with it a level of high, euphoria, and an increase in mood and focus, along with a sense of relaxation. Since the effects concerning both the high that is felt and level of relaxation are fairly balanced out, with one not being more intense than the other, this strain could probably be used by either the beginner or the experienced. For anyone that is inexperienced though, as with all strains, it is advised that one start out with a low volume since you don’t know the exact effects it will have. The amount used can gradually be increased until you get the full effects of the strain. Any beginner could also look at other strains that may be less intense concerning the effects that are seen. This would allow you to use more of the strain to achieve the same level of effects. Also, anyone experienced that thinks they may benefit in treating any of the previous conditions mentioned such as depression, anxiety, bipolar, ADHD, insomnia, or any acute or chronic pain may want to try this strain.

Since this strain brings with it a rather balanced effect concerning the effects that it has, the strain is good to use with a variety of activities. Since it has both the effects of focus and relaxation, but not so much as to limit you to what you can do, it is good to use when you have different things to accomplish, but want to be relaxed as well. On the other side of this, since the strain does bring with it some focus, you probably don’t want to use it just prior to laying down, but it is good for use during the evening or after a long and stressful day. The level of focus that the strain has may also be enough to possibly take the place of a cup of coffee in the morning in order to start the day off in a good mood. For those experienced in using different strains, it can probably be used at any time during the day, either while inside or out, but for the inexperienced, you may want to limit the use to only while you’re alone and at home until you know the exact effects that it has on you. There are numerous ways that any strain of marijuana can be used, so what is the best way to use this strain ?

There are many forms of CBD and THC which come from the marijuana plant. This includes: smoking, vaping, capsules, and oils. The best way to get the total effect of either the CBD or THC of the plant is to use it in its original form through smoking or vaping. Although the capsules as oils may be effective, this is not the same as when smoking or vaping. When using this strain, you should expect to experience a very rich cherry flavor along with a herbal smell. It also has a tart taste to it, and has a smooth sensation when smoking it. You probably want to be cautious though of when and where it is used since the intensity of the smell can be very strong when compared to other strains. Most of the time, you’ll probably purchase the product from a grower, but if you choose to use marijuana in the form of buds for smoking and you know you’ll be using it for a while, you may want to consider growing it yourself since it may be less expensive in the long run.

For anyone just beginning to grow their own strains of marijuana, this strain is not too hard to grow, but it may be somewhat hard to find since the breeders of the strain are not known. Because the strain is well-known though in all dispensaries, these places may also provide seeds as well. This is where more research will probably be needed. Just as with any strain, the Cherry Pie strain can be grown either indoors or outside. When growing indoors this can be done at any time just so the proper environment is present. For this strain, you want it to be humid, with a lot of light exposure as well. When growing indoors, it normally takes about 8-9 weeks to mature. During this time, some pruning may be needed as well due to the bushy like growth seen. When growing outdoors, harvest is usually late October, so it should probably be planted early to mid August. When growing the plants indoors, you’ll need some equipment in order to get the most out of the plants. There are also many techniques that can be used in order to get the greatest amount of harvest for the seeds that you plant. Here are some of these techniques that can be used if you’d like to try them.

The ratios of THC to CBD for the Cherry Pie strain of marijuana is higher in THC (24 %) than it is in CBD (1%) but it can be used for both medical and recreational purpose’s. Medically it helps with things such as, anxiety, PTSD, bipolar, migraines, acute or chronic pain, and appetite loss. Unlike many strains more suited for the experienced, this strain is suitable for anyone, but the beginner should still be cautious of the amount used. This strain also has been shown to have both a sense of relaxation, along with an increase in focus, making it good for evening use, or during the day. It may also be good to use prior to sleep depending on the individual. Anyone experienced in using this strain that would like to comment can do so below, and if you have any questions feel free to ask. 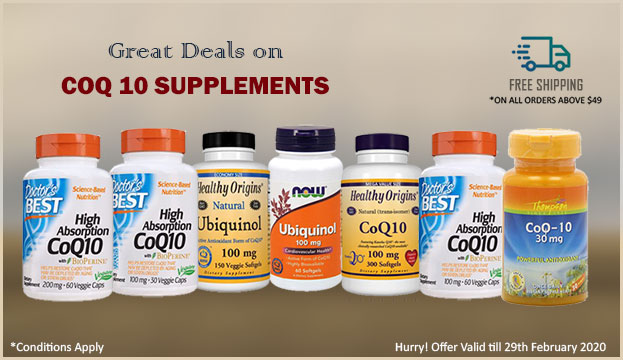