Are you considering using marijuana as a form of medicine and unsure of what you should use ? If this is the case, it can be hard to choose the correct strain that will fit your needs the best. You’re probably asking yourself that question ‘which strain will best serve my needs ? Each strain of marijuana has both cannabidiol (CBD), and tetrahydrocannabinol (THC), which are the main parts of the strain. Each of these have different effects on the individual. From what you hear in the media, it is said that the high CBD marijuana strains assist better with medical conditions than THC. This is not always the case since there have been reports of many positive effects of the THC. One of these strains which is good for medical purposes while having a higher THC level is called Blue Dream. Here we’ll cover where it comes from, how its used, the effects, and what it can be used for. Ready to learn more ? Let’s get started.

The strain has a higher level of THC (17-24%) when compared to the level of CBD (2%) with a balanced amount of indica & sativa. Even though strains high in THC are thought to be for recreational uses, there are medical conditions that it can assist with as well. With the level of THC being what it is, you get only a smaller less intense effect from the CBD that is in this strain. Blue Dream is a hybrid strain made from at least two different marijuana strains. The specific strains that make up the hybrid of the original Blue Dream is unknown, but it is thought that both the blueberry and haze strains are involved.

Blue Dream is one of the most popular strains in the world, and is said to have started on the west coast of the United States. It’s use began in the medical community, but is used for numerous purposes. The current strain being used was started by an individual by the name of DJ Short by using the blueberry strain, along with what is thought to possibly be the silver haze mother strain. The original strain its self and it’ makeup is still unknown.

The blueberry strain is the base strain used, and there are also numerous hybrids that can be found by different companies. These other strains may not have the exact effects of the Blue Dream strain since they are hybrids, but they are options for the individual to try. These include:

As previously mentioned, the strain its self is high in THC, so you would think that it would be mainly for recreational purposes, but there are also some medical uses as well. So what are some good uses for this strain ?

Since this strain is slightly higher in as opposed to THC, it is probably used for more recreational purposes due to the many psychotic effects that it can have, but the Blue Dream strain is great to use for either mental or physical conditions as well. These include: fatigue, depression, loss of appetite, insomnia, and acute or chronic pain. It has also been reported to have helped with autism, ADHD, as well as PTSD. It is advised though and anyone suffering from anxiety not use this strain since it could trigger an attack. Due to the level of THC found, the effects are also good for anyone who wants a psychotic effect.

When using this strain, it is good for its effects that come from the levels of THC that it has including a euphoria or buzz. The CBD will also bring with it a relaxed type feeling or state. The best thing concerning this strain is the balance that it brings between the cerebral high you feel, along with the relaxation felt afterwards. When first beginning to use it, you should expect a cerebral high and buzz due to the THC. This will bring with it an increase in focus and creativity. You should also expect to experience these effects rather quickly after starting to smoke it, so you may want to be somewhere to sit down depending on how intense the effects are. The effects of this strain are also nice though since there is no effect of what is known as couch lock. This would require sitting down in order for any intense effects to wear off. This strain allows you to still function normally. Due to the CBD and relaxation that is felt although the level is low, it still allows you to forget about any worries or concerns you may have along with the increase in focus that it brings.

Since this strain can bring with it a sense euphoria and a nice feeling of relaxation, the strain is great to use during the daytime. Since the strain brings with it an increase in focus along with relaxation, it is good to use either while alone, or in groups. The nice thing about this strain is that although you experience a high due to the THC, along with the relaxation, you’re still able to function normally. You would also benefit from using it during the evening after a stressful day when you just want to relax and have some quiet time. Although it is said to help with insomnia, it may not be the best idea to take close to going to sleep depending on the effects it has on the individual. The intensity of the effects that are seen may depend on the individual using the strain, since the individual with more experience may not have as intense of a reaction. So who would benefit best from using this strain ?

As previously mentioned, this strain has a higher level of THC when compared to the CBD, but you still get a relaxation experience from the CBD. Although the THC seen in this strain is higher, it could be used by either the beginner or the experienced individual. For anyone just beginning, a lower volume should be started with, gradually increasing the amount used at one time. Regardless of your level of experience, each individual should listen to their body in order to know when your system has had enough. It is especially good for anyone that wants to experience a cerebral high, along with a state of relaxation, or anyone that needs assistance with specific medical conditions.

When it comes to some medical conditions, mental and emotional stress may be a trigger for many individuals, so the balance between the level of relaxation and focus that this strain brings could explain why it is of such assistance. For the individual with seizures, whether it is actually epileptic and of a chemical imbalance, or what is known as a non epileptic event, the relaxation felt and stress relief could be of assistance for either condition. More research should be done to scientifically show how this exactly works, since these effects are based on testimony of individuals which have experience in using the strain.

There are many forms of CBD and THC which come from the marijuana plant. This includes: smoking, vaping, capsules, and oils. The best way to get the total effect of either the CBD or THC of the plant is to use it in its original form through smoking or vaping. Although the capsules which a sold in oil form, or the oil its self may be effective, this is not the same as when smoking or vaping. When using this strain, you should expect to experience a very sugary and blueberry smell and taste which should last long after you’re finished. Unfortunately each strain comes with some negative effects as well, and with this strain it may include things such as a dry mouth, or dry eyes. Most of the time, you’ll probably purchase the product from a grower, but if you choose to use marijuana in the form of smoking and you know you’ll be using it for a while, you may want to consider growing it yourself since it may be less expensive in the long run.

For anyone just beginning to grow their own strains of marijuana, this strain is not hard to grow, but since there are numerous hybrids that exist put out by numerous growers, you have multiple choices when it comes to growing the strain. You also have the choice of growing the strain either indoors or outside. Since there have been reports of the strain growing up to five feet in height, it may be a better choice to grow outside. The only negative thing to growing it outdoors is that you must do so at a specific time of the year, this being in September or October when harvesting. Since the strain normally takes around ten weeks to mature when growing, it should be planted in late July or early August.

In comparison, if the environment is kept right, it can be grown indoors at any time of the year. This includes a humid environment at around 70-80 degrees farenheight. In order to do this, you’ll need some equipment in order to get the most out of the plants. The breeders of some of these seeds includes: Humboldt Seeds, as well as Mystic Seeds. Since as previously mentioned, there are numerous hybrid strains you should be able to find the seeds for one of them if you can not find seeds for the Blue Dream strain its self. If you are unable to locate any seeds though, you should be able to purchase the grown product at a dispensary.

The ratios of THC to CBD for the Blue Dream strain of marijuana is higher in THC (17-24%) than it is in CBD (2%), but it can be used for both medical and recreational purposes. There are also many other similar strains which are hybrid as well. Medically Blue Dream helps with things such as depression, chronic pain, seizures, insomnia, PTSD, as well as ADHD. The strain also has an immediate buzz or psychotic effect brought on by the THC, along with a feeling of relaxation from the CBD as well. Although the THC levels are higher, it can be used by either the beginner or experienced, just so you listen to your body. This strain is great for anyone that wants to have a relaxing and euphoric feeling, or for anyone with any of the previous medical conditions mentioned. Anyone experienced in using this strain that would like to comment can do so below, and if you have any questions feel free to ask. 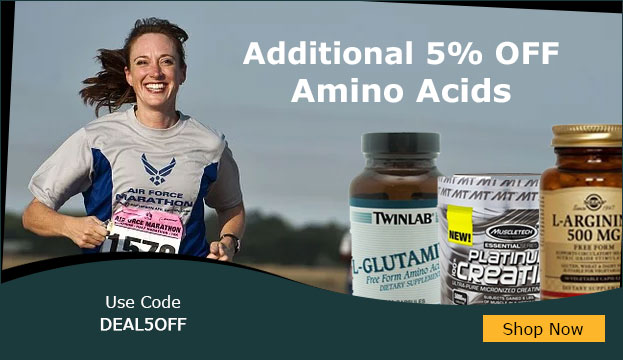